This profusely illustrated coffee table-size book is typical of the quality of Schiffer Military & Maritime publications.  It includes information on the organization, tactics, weapons, equipment, uniforms and orders of battle of the elite stosstruppen who formed the backbone of Ludendorff’s abortive offensives of 1918.  Several primary documents are included to illustrate how German tactics and Allied counter measures were developed.  The author does not attempt to decide which among the several claimants developed shock troop tactics.

Other Schiffer books in this series include volumes on British and French aircraft of the Great War, Italian and Russian aces, the Lafayette Flying Corps, and US Naval Aviation in WWI, as well as any number of volumes on Imperial German uniforms.

A fully illustrated catalogue is available from www.schifferbooks.com. 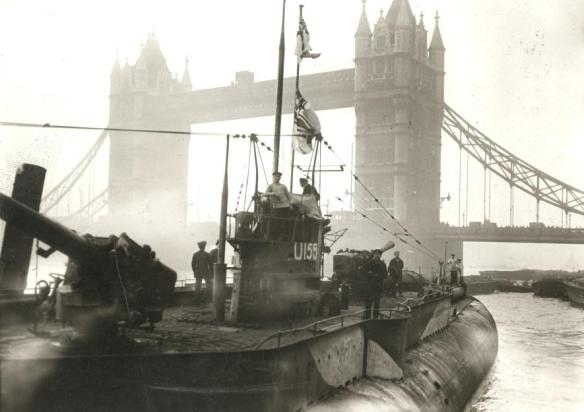 Mines were first (unsuccessfully) employed in naval warfare during the American Revolution. They were far more effective during the American Civil War when mines (or torpedoes as they were then called) sank some 22 vessels. Mines were also used to protect German harbors during the Franco-Prussian War of 1870-71. Traditionally thought of as a defensive weapon employed by the weaker adversary, mines came into their own as an offensive weapon in Japanese hands against Russia in 1904-05. Their use was expanded significantly during World War I, first by Germany and Turkey, then by Great Britain

Employing speedy converted destroyers and armed passenger liners, Germany mined the approaches to British fleet anchorages and ports beginning in August 1914. Russia used mines to defend her main Baltic bases. The Germans developed several classes of mine-laying submarines some of which had enough range to reach American shores. Turkish-laid fields of mines in the narrows off the Dardanelles sank or badly damaged several British and French battleships in 1915.

Faced with the proven effectiveness of this silent weapon, the Royal Navy responded by creating a fleet of small minesweeping trawlers, drifters and paddle steamers manned by fishermen and other reservist crews. By 1916, they had also mounted a major mining campaign of their own along the German coast, in the Dover Straits and English Channel expanding these in 1917 and 1918 to the North Sea between Norway and the northern most Scottish islands. Most of the 70,000 mines in this Northern Barrage aimed at containing German U-boats were laid by the US Navy from converted civilian coastal liners.

Their effectiveness was disappointing. At the most the Northern Barrage sank six U-boats.

Mines laid in the eastern North Sea were far more effective in supporting the British Grand Fleet in pinning the German High Seas Fleet in its bases while the maritime trade blockade gradually eroded Germany’s ability to sustain a war of attrition on the Western Front.