I apologize if this link doesn’t work; I’m working on it.

Take our survey about upcoming our seminar:

“View of the employees of the New York Central Railroad, assembled in Victory Way, showing the pyramid of captured German helmets, with Grand Central Terminal in the background.”

On January 13, 1914, General Pershing took command of the 8th Infantry Brigade at the Presidio of San Francisco. It wasn’t long, however, before tensions along the Mexican border forced the 8th Infantry to be transferred to Fort Bliss, Texas. 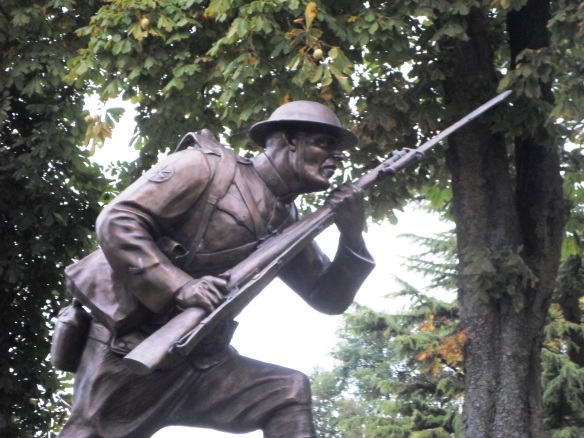 Monument to the First Division’s victory in Cantigny, France