The first three Americans fighting for the U.S. who were killed in combat died in a German trench raid Nov. 3, 1917. Corporal James Gresham and Privates Thomas Enright and Merle D. Hay were members of the 1st Division, assigned to a quiet sector in Lorraine, east of Nancy, alongside the French, who were to train them in trench warfare. A patrol of Germans crossed No Man’s Land to get a look at the Americans everyone had heard so much about, and in resulting hand-to-hand fighting, 12 men were taken prisoner and Gresham, Enright and Hay killed.

The French buried them on the battlefield, though their remains were returned home in 1921. The large cross erected Nov. 3, 1918, to honor them was destroyed by the Germans in 1940 and, after WWII, replaced with a solid slab. A poster nearby describes the three young men and the early actions of the U.S. in the war. 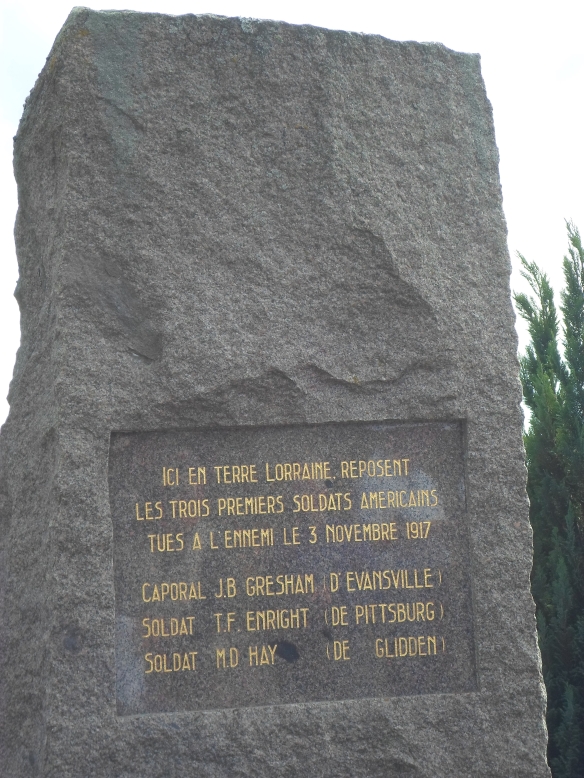