As I write this, Anzac Day is over in Australia and New Zealand, but here in the U.S. the commemoration continues — where World War I is remembered at all.

The amnesia of the American people is a subject for another day.

Here are links from Anzac Day remembrance all over the world.

And — hankies at the ready:

Vimy Ridge Day was celebrated in Canada yesterday, a day to remember the men who fought April 9- 13, 1917, to take the ridge from the Germans and whose success — at a cost of more than 10,000 casualties, including 3,598 dead — marked a turning point for the Canada and its army.

Brigadier-General Alexander Ross had commanded the 28th (North-West) Battalion at Vimy. Later, as president of the Canadian Legion, he proposed the first Veterans’ post-war, pilgrimage to the new Vimy Memorial in 1936. He said of the battle:

“It was Canada from the Atlantic to the Pacific on parade. I thought then . . . that in those few minutes I witnessed the birth of a nation.”

Here’s a link to a wonderful story from CBC Hamilton, with photos, videos and audio recordings:

Carving the names  of the missing on the Canadian National Vimy Memorial. There are 11,000 names.

Mother Canada mourning her dead; a detail of the memorial, one of the most impressive sites on the Western Front.

Here’s a bit of news from WW1HA President George Thompson:

I am writing to inform you of a program on April 13, 2013 that may be of interest to you. It is: The Great War on the Eastern Front: Three Perspectives. This event features three distinguished historians who will offer three perspectives, from the Russian, Austro-Hungarian and German points of view, on the war on the Eastern Front from 1914 to 1917.
Bruce Menning, author of Bayonets before Bullets: The Imperial Russian Army, 1861-1914; Graydon Tunstall, author of Planning for War against Russian and Serbia, Austro-Hungarian and German Military Strategies,1871-1914 and Blood on the Snow; and D. Scott Stephenson, author of The Final Battle: Soldiers of the Western Front in the German Revolution of 1918 will examine the other major front of the war.
This event, sponsored by the National World War I Museum at Liberty Memorial and the World War One Historical Association, will be on Saturday April 13, 2013 from 1:00-2:30 p. m. in the J.C. Nichols the National World War I museum at Liberty Memorial in the J. C. Nichols Auditorium.
The event is free to the public. 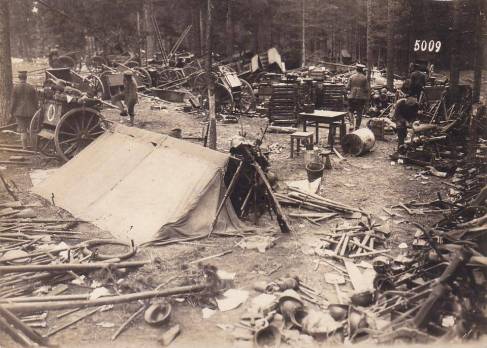